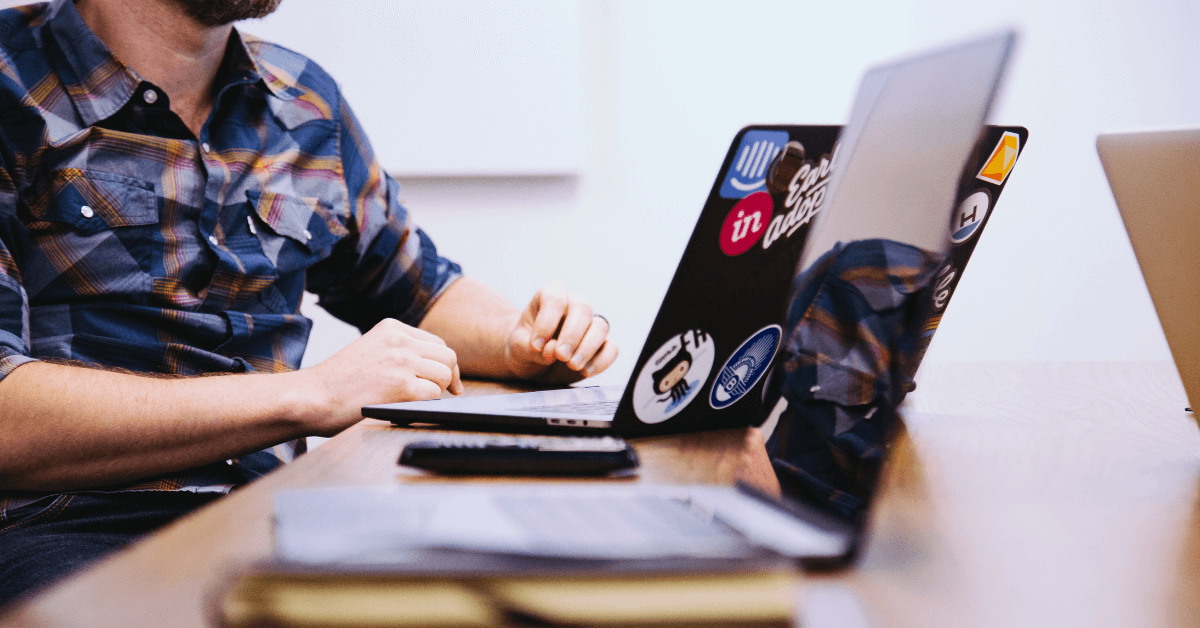 Computer science degree or a coding bootcamp? Which IT education path to choose?

Are IT studies a good choice when you want to start your adventure in the IT industry? Not always and not for everyone. When studies in reality turn out to be completely different than we imagined, there are many other solutions to start learning programming - just like Stan did. Read the interview and find out the story of a front-end developer who dropped out of university and chose a completely different educational path - learning at a programming bootcamp.

Learning to program - the beginning of a passion for new technologies

Martha, Coders Lab: Stan, where did your adventure with front-end and programming start?

Stan: My first exposure to programming was in secondary school. I remember the first programming classes, which were voluntary and were taught by programmers from my town. The topics discussed were so interesting that it encouraged me to develop further in this field. Programming interested me a lot at that time. Besides, I always liked working with computers and it never gave me any difficulties. Of course I was far from my friends who at that stage were able to assemble computers by themselves. I was not such an ace but I know that many people had worse computer skills than me.

In addition, thanks to the work of my older brother, who is still a programmer, I was able to see what the IT world looks like, how he works every day and what tasks he performs in his position. I think this also pushed me a lot in the direction of this industry.

Martha: You had somewhere to draw inspiration from, but some first steps in education had to be taken. How did your programming education begin? Was it through college?

Stan: Yes, it was college. I chose computer science, which seemed to make the most sense to me. As I thought about programming, computer science appeared to me as a natural choice. Perhaps I was wrong, perhaps not. Maybe other fields of study would have been more suitable for me, but for that moment it was computer science.

Martha: Was your studies purely focused on Computer Science or did you have any specialization related to programming?

Stan: I didn't have any specialization, it was just Computer Science.

Martha: And what kind of results did you expect from this course and your studies at the university?

Staszek: I expected that the moment I get out of college I could head to a software company. Present my diploma and compete for a junior position. It was obvious to me that in order for something like that to happen I had to be able to program. However, when I started studying computer science there was very, very little programming in the curriculum. Of course, I can not speak for other faculties, but exactly on my computer science course learning to program took one hour per week. The rest of the time I was learning higher mathematics and economics. For some IT professionals, higher mathematics is necessary and useful, but not for all. From my 2.5 years of experience, I know that I have never used math at a higher level than elementary/middle school as a programmer.

Martha: And that's when you started to wonder if it makes sense? Will coming to more classes give you the effect you wanted?

Martha: And you found us - Coders Lab.

What was it like learning at the Coders Lab programming bootcamp?

Stan: Yes, although in fact it was you who found me. Even before I made my decision I came across an advertisement of Coders Lab somewhere on the Internet. And when I came to the conclusion that I came to the wrong place (maybe also at the wrong time), I remembered that there is such a place like Coders Lab, where I can start a programming course. I typed it into a search engine, got in touch, and I think I did the right thing.

Martha: And our Career Advisor helped you choose a programming course. Which one?

Stan: Initially, I chose a programming bootcamp - Web Developer PHP, but due to an insufficient number of applicants, the course did not take place. I was then offered another course, which was called JavaScript Developer.

Martha: How do you recall the programming bootcamp classes at Coders Lab?

Staszek: The cool thing about the programming course was that each module was taught by a different lecturer. Each of them had a different approach, experience, liked something different about programming and had their own way of teaching. So you could meet several different personalities and talk to them. Classes in my opinion were fantastically prepared. The presentations were polished with great attention to detail from the first minute to the last. I am a perfectionist and I pay attention to such things, it is very hard to please me. Of course, you have to take my word for it, but really the quality of the materials prepared by the Coders Lab team was at a very high level. I did not miss anything. Maybe I would have raised the level of difficulty, but I know that many people on my course definitely were thinking the opposite. For me, some things on the programming bootcamp came easily, but I know that not everyone had that.

Martha: That is, the difficulty level of the programming course at Coders Lab was tailored to different types of people - some need more time to learn, some less.

Stan: The material itself at the programming bootcamp at Coders Lab was uniform, but the great thing was that we had a teacher on hand, ready to answer any questions. So if someone had a problem, there were no complications. The teacher helped him and they worked together on the problematic issue.

Job after programming course - how to land it?

Martha: Okay, bootcamp is over, you've learned to program, and what's next? You have to use it somehow.

Stan: As much as possible. I started my job search immediately. I know that even some bench mates have already started sending out resumes during the programming course. Unfortunately, I was not able to find a job right away and was forced by fate to touch a slightly different field. However, in the end, I managed to enter the IT industry.

Martha: How long did you look for a job after the course?

Stan: For the job itself I was looking for 2 months. And as I mentioned before, I tried to find something as a programmer, but I didn't succeed right away. However, I didn't give up overnight or after 1 week of trying. I went on a very large number of interviews, there were a dozen of them. In most cases, the recruiters couldn't even tell me why they were rejecting me, and these weren't meaningful reasons. As a result, not having anything to do with myself, I decided to go for another job.

At some point, I came across a free workshop organized by Efigence agency, which was led by 2 experienced programmers, with whom I became friends. I asked if any of them would like me to join their team or if any of their friends were looking for someone to join their company. We managed to contact each other and after a week I learned about my new job. And that's how my proper career in IT started. It's a bit sad, but I think it's a specificity of the whole world, that connections have great power.

Martha: However, it was a good sign that you were invited to these recruitment interviews. This means that your portfolio definitely caught the attention of employers.

Stan: Yes, there was no problem with that.

Martha: That's great. Tell me, what are you doing these days?

Stan: At the moment I am self-employed, which is very popular in our field in this profession. It allows me to do assignments for several companies and not just one. I mainly work for Movecloser, a company based in Warsaw, with which I am very good friends and I love working with them.

Martha: What would you like to say to people who are considering the course?

Stan: I would guess that many of them may have friends who work somewhere in IT, maybe they are strictly programmers. They may be asking those friends about the validity of going to a programming course. I know that a common argument in the IT industry is that you are paying someone money for something that you can do yourself. This is partially true, I agree because programming can be learned on your own. You can do it from books or online sources. I know, because I learn something new every day myself. However, having this comparison from today and looking at the pace of self-study, I also know how much faster it was during the course in Coders Lab. I was taught by a teacher, and then I solved the homework by myself. For people with not the best willpower and determination (I am one of them), it is hard to organize 10 hours of learning a day. Here it was possible because I had a teacher who pushed me all the time and in my opinion that was a very important advantage.

Martha: When learning on your own, you often run against a wall that you can no longer jump over by yourself. On the course, you have a person who will explain everything to you.

Stan: Yes, no one is left without answers on the course.

Martha: Thank you so much for sharing your story with us. I think you will be an inspiration to many people who are thinking about entering the IT industry!

If you don't have a few years to spare to gain a new profession, we have good news for you. To become a programmer, you don't have to graduate IT studies. Of course, they help, but lack of a degree in computer science will not disqualify you in any way. Skills are what counts, and these can be acquired in various ways: from self-study to online courses to programming bootcamps.

If you want to find out more about learning how to program, go to online.coderslab.com